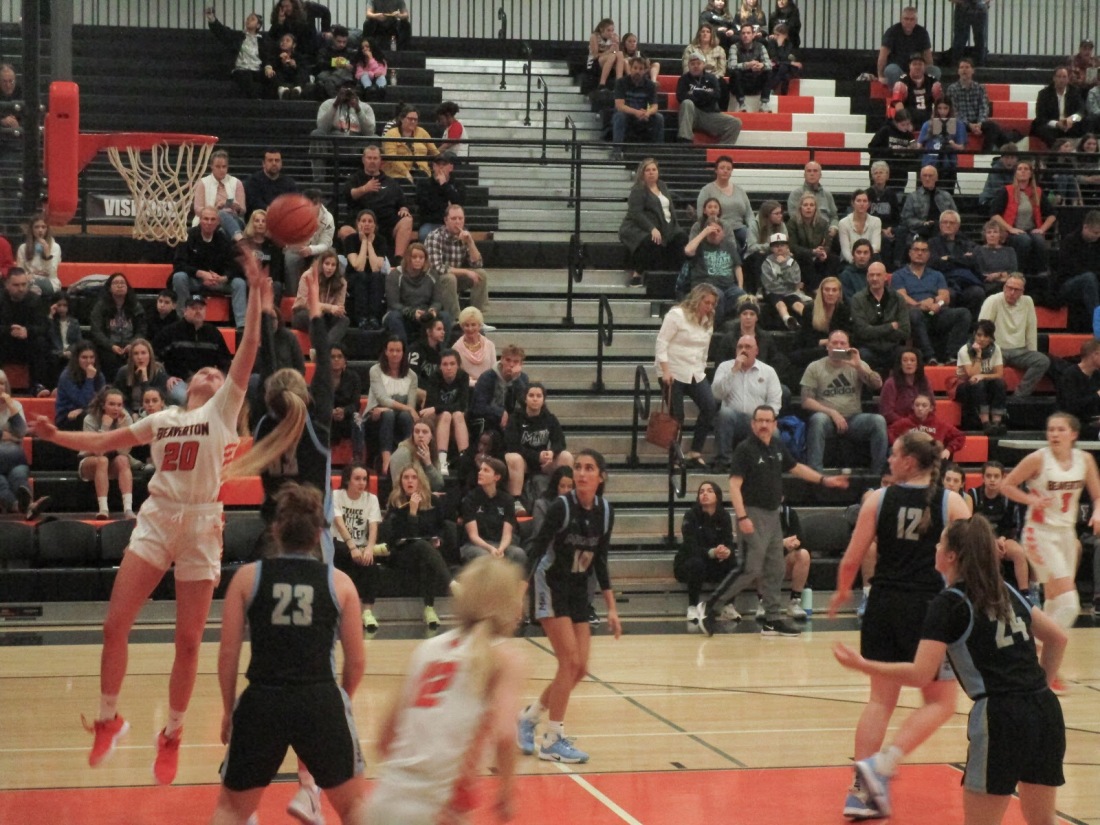 Once again, the BHS girls varsity basketball team claimed victory in a tough game against Mountainside on Friday, February seventh.

The game seemed to pass faster than usual, with both teams’ determination to win clear in every pass and dribble of the ball. During the second quarter, MHS player Lindsey Wilson was injured, forcing the game to pause. When Wilson got up from the ground, the audience clapped—including BHS supporters. Even with the fierce competition between players, both teams remained respectful.

But Beaverton’s sympathy only extended so far—they had a game to win, and it wouldn’t be easy. By halftime, the score was 28-25, with Beaverton only three points ahead. 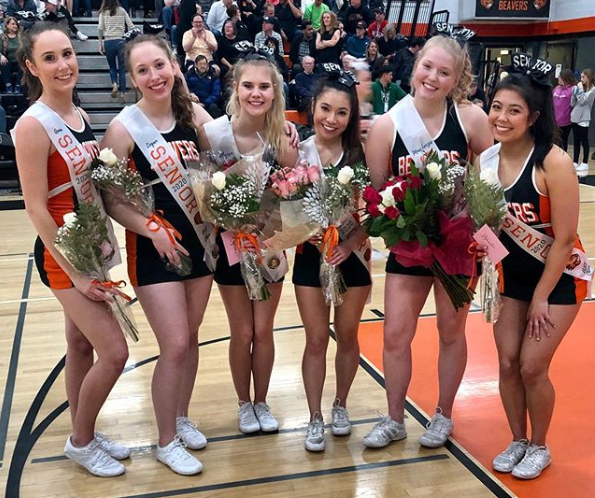 The event was bittersweet, honoring the seniors’ accomplishments yet acknowledging that their presence will be missed. Even with the surge of freshmen who joined the team this year, the six seniors make up a third of the current team.

As the cheerleaders left the court, the basketball players returned. Beaverton took the lead, passing and scoring baskets faster than before. The hard work resulted in a 48-32 victory for the Beavers—a comfortable sixteen point difference instead of the three-point difference from halftime. All in all, the Friday night game was a good one.

Photos from Anouk Clendenning and @beavertonhigh.cheer Instagram. Beaverton player Laura Erikstrup and Mountainside player Carly Stone vie for the ball near the basket.