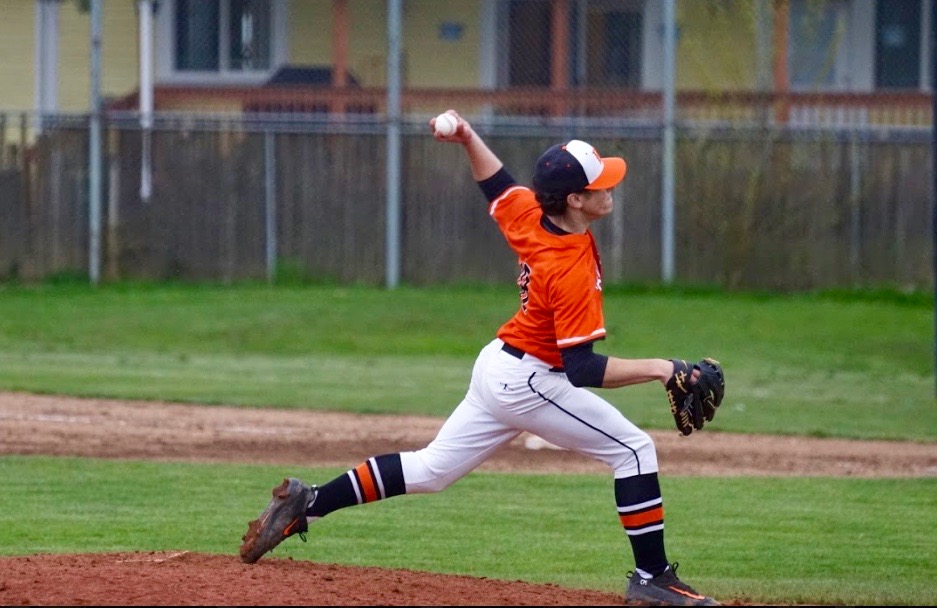 Jesuit High School has always been a notorious team in both the Metro League and the state of Oregon due to their talented athletic programs. However, Beaverton Baseball put their name to the test last Tuesday, April 11, when Jesuit came to battle the boys on their home turf.

Beaverton had taken a tough loss the day before, after a game against the Crusaders that lasted two days due to inclement weather conditions. They lost 7-10 after a 3 run walk-off home run that grimly ended the game. However, the boys weren’t discouraged by the previous day’s loss. They showed up to the field confident that they could defeat Metro’s “best team.”

“Going into high school, you realize they are the best or one of the best teams in every sport in the Metro League. So, you have this mindset going in that you know they’re going to be good. We knew that we had to play well against them, knowing that they won state last year and would show up ready to play us,” stated senior Karac Leyva.

On the mound, senior Callan McRae started the game off on a very impressive note with a “backwards k”. This first out was followed by a ground out to senior third baseman Joe Hollowell and another strikeout that set the tone for the game. The first inning was an indicator of how McRae’s phenomenal pitching would continue throughout the next six innings.

It was the Beavers’ turn at the plate, and they had some trouble adjusting to the pitcher early on. In the bottom of the first, the beavers left one on base at the end of the inning. Out of four batters, senior Wyatt Christopherson was the only one to advance to first base off of an error on the opposing team’s third baseman.  This didn’t discourage the boys, though, and they didn’t let any runs score for the next two innings.

The bottom of the third inning is when the contest started heating up. Senior Jake Bunn began the rally with a single to right field, followed by two singles from seniors Ryan Hekker and Christopherson. With bases loaded and two outs, senior Trace Hokkanen was at the plate. He poked a clutch line drive between left and center, scoring the first two runs of the game as RBIs. Watson crossed home on a pass ball, making the score 3-0, Beaverton. Hollowell then shot a ball to right field, scoring Hokkanen and increasing the Beavers’ lead by one.

The following three innings, the 4-0 score stayed frozen. In the top of the seventh, the Beavers started to struggle. They needed to hold the Crusaders to a minimum of 3 runs in order to end the game victorious. The inning started with a walk and two errors on Hollowell at third allowing the Crusaders to score a run, bringing the score to 4-1.

The pressure was on, with no outs and runners on first and second yet again. Beaverton made a pitching change and brought in Hollowell, moving Hokkanen from first to third, and McRae from pitcher to first. The next batter hit a sharp chopper to McRae at first, but he fielded it cleanly, turning a double play at second. The last batter struck out facing Hollowell and the game concluded.

The Beavers emerged victorious from the battle with the Crusaders! McRae pitched a sensational game and their bats were hot, looking at hits from Hekker, Christopherson, Hokkanen, and Bunn. The boys were able to put the last game behind them and dominate.

Based on this remarkable game and their current 11-2 season, winning state is completely achievable and etched into the minds of all the players. Watson commented, “Our stretch goal is to win Metro and then go and win the state title.”