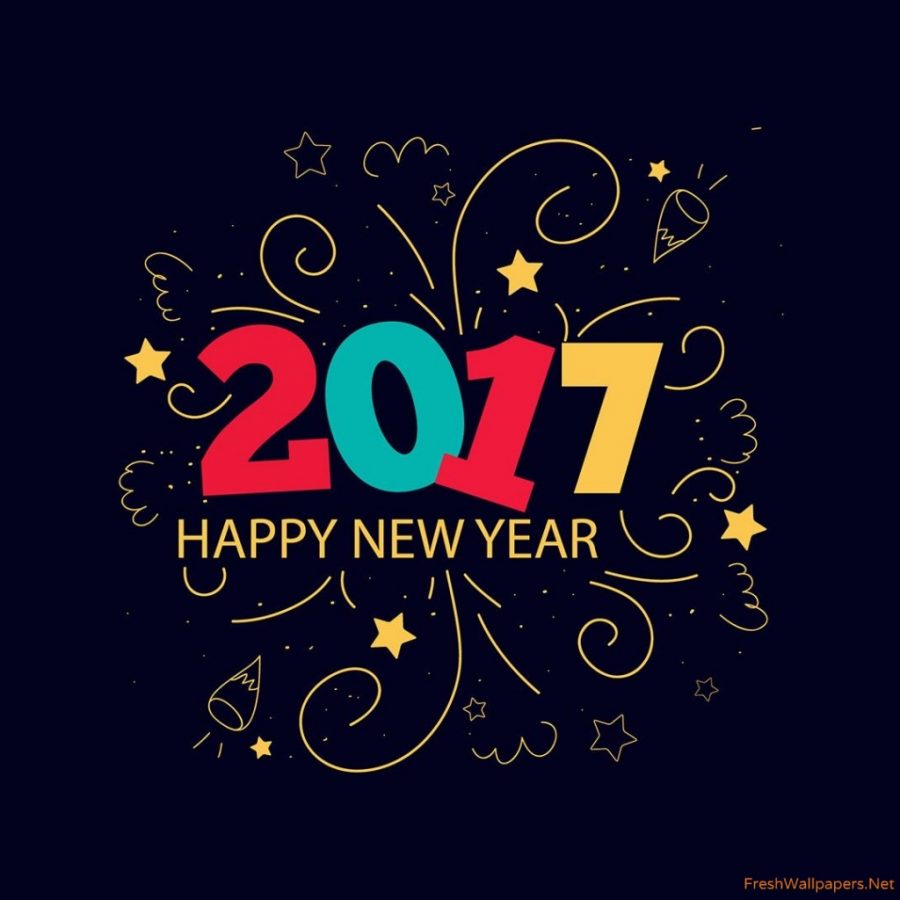 The ball drops, and everyone breaks out into a joyful cheer. It’s finally 2017, which means it’s the time of year that many people desire to improve themselves, their lives, and relationships through resolutions.

According to historians, the ancient Babylonians are the first to ever make New Year’s resolutions, some 4,000 years ago. They were also the first to hold recorded celebrations in honor of the new year. So why, after thousands of years, do we still hold onto this tradition?

Social media has played a large role in New Year’s. If you’ve been on Twitter, Instagram or Facebook even a week before New Year’s Eve, you’re bound to see numerous posts from people stating their New Year’s resolutions. Posting your goals for the upcoming year isn’t necessarily a bad thing, but not many people care.

“You should keep [your resolution] to yourself because that’s your goal, and you should just be able to do it by yourself,” said senior Eduardo Herrera.

Although a majority of people don’t follow through with their New Year’s resolutions, these goals can give hope and positive motivation to many, to achieve new heights. Since it is such a milestone holiday, many use New Years at a chance at a fresh start. Some might even say: “New year, new me!”

Once the clock strikes 12, it is officially a new year, which means a new chapter opens up in our lives. And sure, that could mean washing your hands clean of the previous year and its happenings. But when the clock strikes 12, you don’t morph into a different person. New mindset or not, you’re still you.