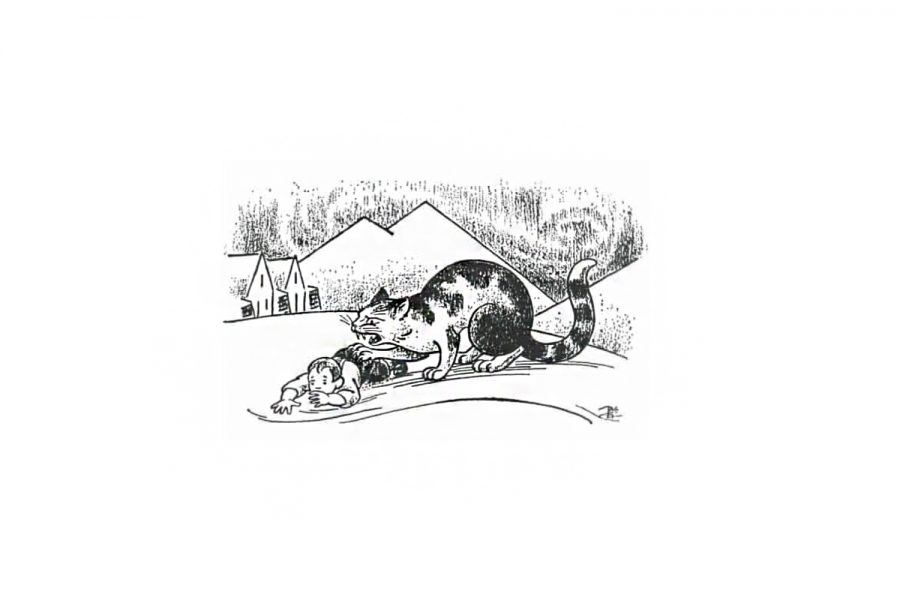 With Santa Claus only a couple weeks away from showing up at every house in the world, I started researching mythical figures surrounding the holiday from around the world. While St. Nick is the joyful, nice, gracious character that we all know and love, I was shocked to find some… not-so-merry figures from all over. Kids old and young-be good, because if these legends are real after all, I don’t want to mess with them.

As a figure in places such as Germany, Austria, Hungary, Slovenia, and the Czech Republic, Krampus is the half-goat, half-demon, horrific beast that beats children into niceness if they’ve been too naughty. Krampus traditionally shows up in towns the night before December 6th, which is known as Krampusnacht, or Krampus Night. The tale is that he will whip children who have been naughty, and on Krampus Night he’ll carry switches with him in preparation for the beatings. There are even stories that include him taking bad children back with him to the underworld. Present day, Krampus Night is celebrated with drunken men dressing up as devils and running through the street chasing people. After some events of brutal beatings, there was a law petitioned that all “Krampus runners” must wear a number in order to later have evidence if needed in a court of law.

The Yule Cat comes from an Icelandic folkloric legend of a huge and vicious cat that lurks in the snow around winter time. The cat supposedly eats people who have not received any new clothes before Christmas Eve. This was used as a tactic by farmers in the countryside who wanted their workers to finish processing the autumn wool before Christmas. Those who finished their work would be rewarded with new clothes, and those who didn’t, well… say hi to the Yule Cat.

While some people from the U.S. may have had an experience with Belsnickle from the show, The Office when Dwight dressed up as him for Christmas, not many know that this is a real legend. Belsnickle is a grim gift giver who distinguishes the good children from the bad children. He delivers switches for the naughty kids and treats for the nice ones! It’s a violent take on the traditional Santa Claus. On Christmas Eve, Belsnickle can be heard tapping on the windows of children with the switches he brought. In older legends, it is said that he would drag naughty children into the forest and kidnap them forever. He dresses in fur clothes with a painted face and a black bag of mystery.

In my opinion, this is one of the most disturbing holiday legends. Originating from France comes a story of Pere Fouettard, a man that visits children on “St. Nicholas Day” (December 6), and brings whips to beat the naughty children with. There are multiple versions of this holiday horror, but one that stood out is the “Legend of the Butcher”. It is said that a butcher killed 3 children after kidnapping them and taking them to the forest. The man then repented by agreeing to be Santa Claus’ assistant, and beating the naughty children that are in his way. No forests or butchers shops for me this winter.

One holiday myth that is well known to us here in the U.S. is Jack Frost. Known as the man who brings winter and autumn upon us, Jack Frost is commonly featured as the enemy of Santa Claus. In the original legend, he is described as a goblin Old Man Winter. Being nice, yet angry if provoked, he is said to change the colors of the leaves in autumn, and to bring the cold and crisp air in winter.