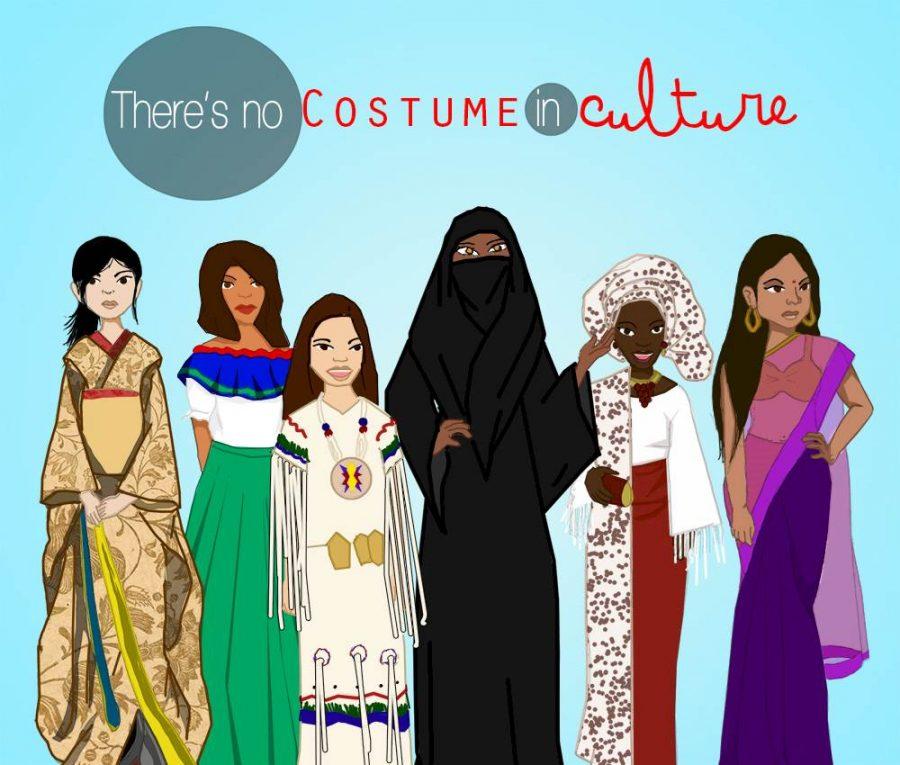 Garments of a culture are meaningful to the people wearing them, and should only be worn by them in respect to the culture--not for mockery as a costume.

Halloween is the sidereal day in the year that grants people the freedom of creativity and self-expression. The holiday dedicates itself to attending costume parties, pumpkin carving, and candy indulging. Ultimately, Halloween is an opportunity to be anyone but yourself.

With limitless costume options, many people still dress offensively. Have you ever dressed in costume portraying a particular culture or race? If yes, you’ve appropriated a culture, regardless of your intentions. Cultural appropriation is so prevalent on Halloween that most forget its crudity.

Education on cultural appropriation lacks, stimulating ignorance. Senior Polina Nikitina said, “Being raised in America, we’re not taught about cultural appropriation. As you get older, and you learn that there was a massive genocide against the Native Americans [yet] you see a white girl wearing a Native American costume, it’s a little sickening.”

For others, cultural appropriation seems trivial. “People don’t do it in a negative light,” said senior Ian Wehba. “There are definitely some cases, but I think most [is appreciative] and that there’s something about the culture that they enjoy and like so they want to dress up as it.”

Junior Jojo Lutz said, “It makes me sad about my culture when people don’t even want to learn about it. They just see a picture and decide they want to do that and don’t even learn about it or see that that’s not even close to what Native Americans are.”

Despite years of offensive behavior, hope still remains moving forward. Proper education regarding the subject can enlighten the public. Junior Naomi Ezra said she believes “talking about it and having communication [will help decrease cultural appropriation on Halloween]. If more people stand up and talk about cultural appropriation and not having blackface or dressing like a Native American, then maybe that would send a message so people would stop being so ignorant.”

In today’s world, it’s preferred to spot hundreds of cat costumes than a geisha costume or a Kanye West with brown-painted skin. When you’re choosing a Halloween costume, remember: it is better to be unoriginal than to disrespect someone’s culture.