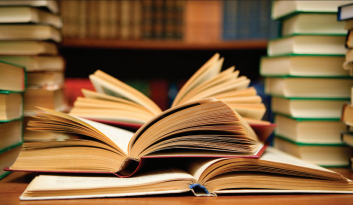 Proficiency encourages students to focus more on their schoolwork than on things that would not help them study are keep up in the class.

Respected by many, but dreaded by most, Proficiency-Based Grading was implemented last year District-wide. This year, Proficiency has risen to the top and is seen as the forerunner for grading in the Beaverton School District and districts around the country.

Last year’s “trial run” of Proficiency proved to be a good start in helping students and teachers adjust to the new system. Many are eager to see Proficiency’s true potential and are anxious about this upcoming school year.

The first year of Proficiency gave some students doubts about the system.

“When I first heard of Proficiency, I wondered how it would affect my grades, if the system could function efficiently, or if it was even a viable option,” said junior Lizzy Elkins.

Some teachers agreed. “For me, it hasn’t been a good experience,” said Social Studies teacher Linda Kavan.

According to Kavan, the process was frustrating. Although the learning targets were helpful, she wished that teachers could grade based on points and a student’s behavior.

This frustration didn’t go unnoticed. “I think for teachers that understood the system, it went well, but I don’t think a lot of them really [had it] explained to them well,” said junior Robert Scriven.

Scriven was optimistic last year, but heading into the new school year, he feels as though the District should revert back to the percentage-based system as Proficiency is ill-suited for most classes.

Statistically, though, Proficiency has shown to be almost on par with the percentage system by turning students’ focus towards learning targets or goals in the classes.

“From my perspective, I see that Proficiency is gaining ground and there is still a lot of work to be done to get the full benefit of the system for students, but we are moving towards that goal,” said chemistry teacher and Proficiency advocate Patrick Kreipe.

Kreipe hopes that the system can revolutionize grading and change it for the betterment of students. He believes that Proficiency can help students understand what they need to do in a class to earn a certain grade.

“I can go on and on about why I think this system is great!” he said.

Students and teachers alike have doubts about Proficiency heading into the future. While most would like to see it removed from the District, some teachers are convinced that this is the way of the future.

Whether we like it or not, Proficiency is the future of grading.