Complications arise from withdrawal of US forces in the Middle East 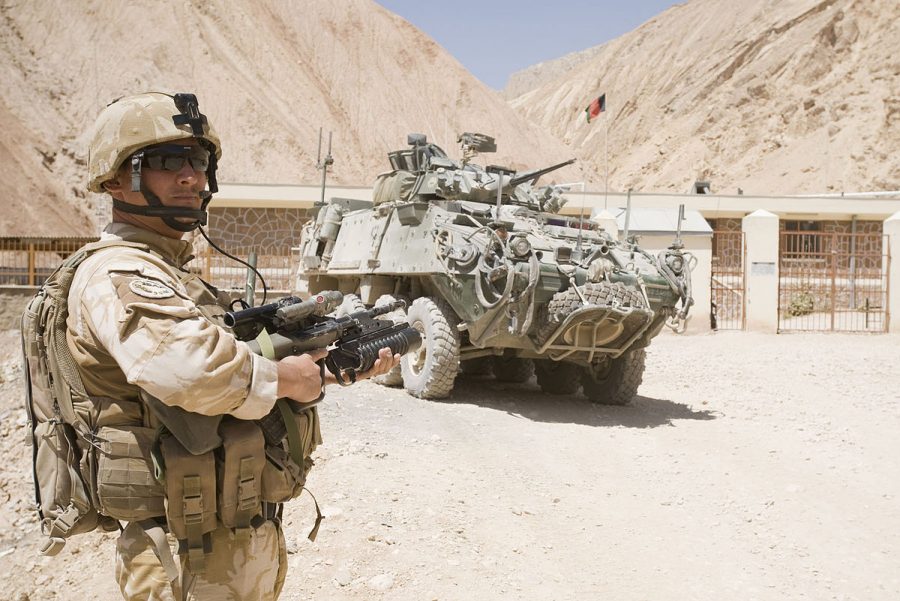 After the attack on September 11, 2001 by the terrorist group Al Qaeda, President Bush declared at that time, on Ground Zero, that a Global ”War on Terror” would be put into place. Soldiers were stationed in Afghanistan, and the conflict has cost the United States $2 trillion over the years. Now, almost 20 years later, President Joe Biden has announced that the remaining soldiers stationed in the Middle East will be withdrawn before September 11th, 2021.

“War in Afghanistan was never meant to be a multigenerational undertaking,” President Biden said in a speech to Congress.

While this is exciting and relieving news for some, for the families of soldiers stationed there, the withdrawal poses problems.

When US forces arrived in the Middle East, their objective was to find who was behind the 9/11 attacks and hold them responsible, and to remove Saddam Hussein, the Dictator-President of Iraq, from power. But they quickly learned that the existing Iraqi military was incompetent: most of the soldiers received lackluster and on-the-job training. The Iraqi soldiers were usually a cover for Special Forces: the news would give the Iraqi soldiers credit, while the Special Forces soldiers melted into the shadows.

Now that the US is withdrawing, soldiers aren’t ready to protect their country, and some Republicans and residents of Afghanistan are concerned.

“This is a reckless and dangerous decision,” said Senator James Inhofe, a Republican from Oklahoma, in a statement. “Arbitrary deadlines would likely put our troops in danger, jeopardize all the progress we’ve made, and lead to civil war in Afghanistan—and create a breeding ground for international terrorists.”

But according to the US military command, while most US forces are withdrawing, certain assets and Air Force components will stay in the Middle East to assist Iraqi forces in anti-terrorism operations.

While withdrawal is starting up in earnest, it is going slower than expected due to an attack on a covert Forward Operating Base. According to the Pentagon, this base was one of the most protected in the area. Taliban forces are expected to ramp up after the US leaves the Middle East, concerning soldiers in the area. Attacks like these are expected to continue as forces leave the area, but soldiers are still excited to leave the desert. Their work, however, is far from over.