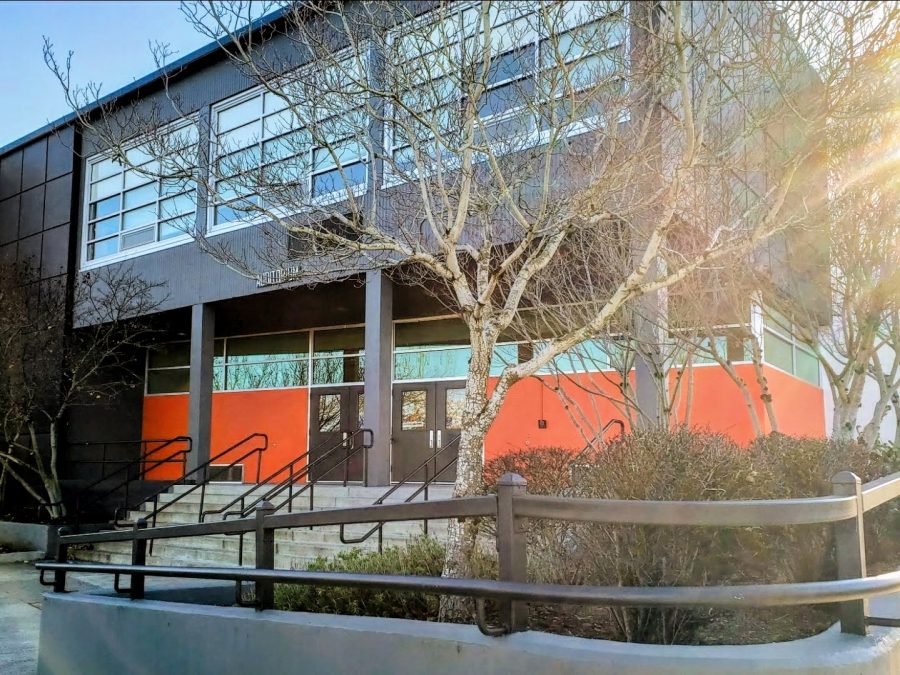 Testing the hybrid model at school recently was an interesting experience

This week, Beaverton High School will start In Person Hybrid, or IPH. I think the student body is worried, from the mundane aspect of going to a physical school, to the efforts put into making being in person safe during a pandemic. Even the faculty are nervous about the logistics of attending school after more than a year of absence. To address some of the concerns, the school arranged for several hybrid tests to iron out the kinks before April 22nd.

Ms. Laurance’s second period Precalculus class was the first, and I had the pleasure to participate in person. I’m not lying: it was a pleasure. The entire class agreed that this was the best Precalculus class we’ve had this year. Ms. Laurance’s excitement was palpable—she seemed giddy at the prospect of the group of about eight students that volunteered to participate. Even my classmates on Zoom could feel it.

It wasn’t all sunshine and rainbows, though. There was a strange silence in the classroom: no one talked. Perhaps it will be different in a class other than math, which is lecture-based and not as collaborative as, say, the humanities. School principal Dr. Erwin was there during the latter half of class to record it for the faculty’s use, and allowed the class, including those over Zoom, to discuss our observations and ask questions.

The most interesting change for the student population, to me, is in the lunch schedule. BHS has posted the new schedule on Instagram and the school’s website, but for those not yet in the know, the hour-long lunch is being shortened to our previous half hour. I doubt many of us will appreciate that, but on a practical level, the decision makes sense. The school’s campus is still closed, and an hour-long lunch would be tempting.

Despite the successes of the tests, there were some technological difficulties. Those in CDL had trouble hearing what those in person were saying because we did not have our Chromebooks open to Zoom. Dr. Erwin is looking into solutions for this issue, including having a directional microphone to take in the speech of those in class. And the use of Chromebooks may vary from class to class: for example, the sciences and humanities might prefer Chromebooks to be out because of virtual labs, essays, and videos.

Physically, the building has adapted to hybrid. Lines and arrows divide the hallways in half and direct the flow of foot traffic, and signs outside the main entrances to the building show students and staff where to enter. The bathrooms can only safely hold about two or three people due to safe distancing guidelines, so those waiting to go to the bathroom need to know their occupancies before entering. So far, Dr. Erwin has proposed two solutions. The first is a low-tech solution, where colored paper dots and velcro denote the number of people by the doors outside the bathroom, and the other is the use of a QR code and survey to track who is in the bathroom at which times.

Last, but certainly not the least, staff will not greet students as they enter the building—no welcoming committee this year. Instead, the walls of the main second-floor science hall has been covered in colorful messages in both English and Spanish to welcome students back to the building.

While I wrote this article to relieve fears over how hybrid will work, the concept may still be anxiety-inducing. No one knows exactly what will happen until it happens—I participated in a short test, and I’m still worried about it. And that’s okay.