Cats can get high, too 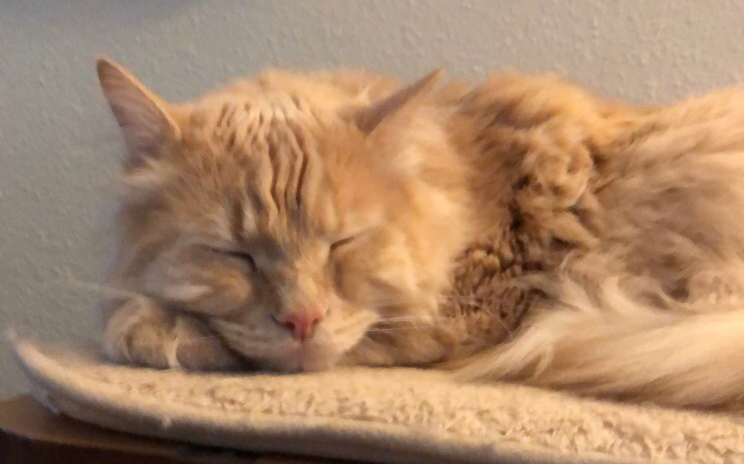 A cat rests on a cat tree after a long day of sleeping.

Catnip has been around since medieval times, when it was adored by both cats and humans and used in herbal medicines and cooking. Introduced to America in the eighteenth century, catnip took off. According to Pet Business, behind food and liter, catnip is the next most consumed product in the US among cat-owners. This special plant stimulates cats in a way unlike any drug to a human, which is what makes a cat’s response to the plant so interesting.

The plant known as catnip or catmint comes from a plant called Nepeta Cataria and is a member of the mint plant family. What was originally a rare species is now grown in herb gardens worldwide and is even considered a weed in nature. The plant comes in several forms as catnip: An oil extract through steam distillation, a dried plant, or a live plant. Regardless of the form, it has the same effect.

Catnip plants contain a chemical called nepetalactone, which is located within small bulbs surrounding the plant, and when these bulbs rupture, they release the chemical. This causes the “high” a cat gets from catnip. When cats sniff catnip, nepetalactone enters their nasal cavity and binds to receptors inside. This process causes sensory neurons to be stimulated similar to the way serotonin (the naturally occurring chemical in humans that causes happiness) alters a human’s brain.

Characterized by rubbing their heads and bodies on the plant, rolling around on the floor, meowing, and salivating, the effects only last about ten minutes. After this ten-minute reaction, cats are generally unresponsive to catnip for at least 30 minutes. Most cats react the same way, but catnip can be used to achieve the opposite effect and calm hyperactive cats.

Some cats don’t react to catnip. It is estimated that only about 70-80% of cats are impacted by the plant. The trait is passed on genetically and is a crucial way that catnip differs from human drugs. While some humans use catnip, it has a much weaker effect on humans due to the way our nasal cavity and brain is structured. Oftentimes, it is used as a mild sedative or as part of a healing paste among herbalists and alternative medicine doctors.

Whether you have a cat or not, catnip has numerous uses and is widely available worldwide. But if you do, knowing the reaction process in cats can be helpful in enhancing their catnip “experience”… and being known as the best cat owner ever.