Everyone needs to watch The Help 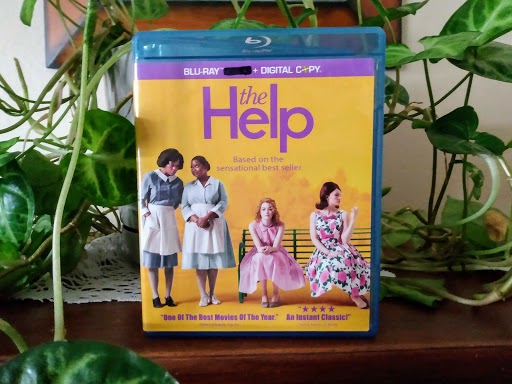 A Blu-Ray case sits on a shelf next to a plant, enjoying the shade.

Out of all the movies I’ve ever seen, one of my favorites is The Help. It has everything you want in a good movie: interesting characters, stellar acting, and a great story that takes you on a roller coaster of feelings as plot points are relayed. Every time I watch it, I always end up crying because of the truly impactful message and how wonderfully the film portrays it.

The Help—based off Katherine Stockett’s book of the same name—is set in Jackson, Mississippi, during the civil rights era, and tells the story of the brave African American women who worked as maids for white families.

One of the main characters is Eugenia “Skeeter” Phelan, an aspiring novelist from an upper-class white family. Having just returned home from college, she has big dreams of writing a book—specifically about the perspectives and lives of the help. As such, she interviews the other two main characters: Aibileen Clark and Minny Jackson, both maids to two of Skeeter’s long-term friends. By delving into their stories as maids, Skeeter’s view on her beliefs, friends, and the town she grew up in slowly unravel as injustice after injustice is revealed.

The story is well-paced and excellently portrayed, the characters’ arcs weaving into the plot and cresting into an array of touching and emotional moments. Each character goes through their own struggles and complications that fit with the story while also remaining interesting—largely in part to the acting.

The actors of the three main characters fit their roles whilst also bouncing nicely off one another. All three actors handle the serious and emotional moments of the film well while staying true to their characters during comedic scenes, a refreshing thing to see. I’ve seen this movie at least six times and I still laugh at almost every joke or tear up at the emotional scenes.

This movie is great in every capacity, never losing its replay value. It handles its message about equality with care and compassion, exploring it through the characters and their lives instead of the broader civil rights movement. Though the story is fictional, its scenes are true to history. The Help makes the audience realize the importance of civil rights by tugging at our emotions in the best kind of way.