The future is ours to decide 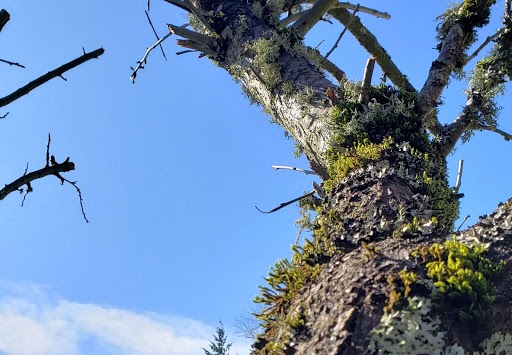 Never before has there been a time like this. The world has come together virtually out of a shared longing for social connection. We are the first to experience a global pandemic and resulting quarantine such as this and still be able to communicate so rapidly with anyone we wish. And because we are the first, the world is figuring out how to work.

As is the case with being first, a lot of questions are being raised about what happens when this is over. What’ll happen? Will we be adept in the world of digital learning? Will everything go back to normal? What about the economy? Are there going to be parties thrown every March and April in honor of a time when we couldn’t go to parties? Will there be memes about this in the future? (There will definitely be memes).

No one knows the answers because this is a new situation for everyone. The idea of an unknown future may seem terrifying. For a time, I stood in that position, scared of what was to come. But now, I know better. It’s an opportunity. And I don’t mean that in an “I get to try this new thing I’ve always wanted to do” way. Being locked away at home has given us the opportunity to change the world.

That sounds cheesy, but it’s true. No matter what we do, when this is over, things will change. We don’t know how yet, but they will. Coming out of this pandemic, many places will have gone out of business. Thousands, maybe even millions, will be jobless. But those are things mostly out of our control. The rest of our future is undecided.

Think about that. No one knows exactly what to do right now. But we have the tools and the ability to do a near-infinite amount of things. Do you know how unique that is? That’s the equivalent of being gifted everything at a Lego toy store in the mall and being told, “Go ham.”

We have the chance to do whatever we want coming out of this. Want more online classes? Now’s your chance to root for them. No one will stop you because no one knows what to do. And when no one knows what to do, they’re receptive to suggestions and new ideas. Never have our voices been more powerful than they are now—especially with everyone coming together.

Recently, people have been saying that this is “our generation’s 9/11”, our turning point, the big thing of our time. As cliché as the saying “history in the making” is, it’s true. History is littered with causes and effects. One event happens, spawning a lot of chaos. Right now, we’re in the cause. But we get the rare and precious opportunity to decide what the effect is before we even get there.

The best part is that we’re in no rush to answer. Unlike 9/11 or the two world wars, there’s no enemy. Some may argue there is, but that’s because they’ve made enemies of their own. Humanity’s only enemy is a virus. While the death toll is unacceptable, we can’t pick sides. There’s no chance for the world to divide in two against who they believe to be worse. We are fighting one battle.

There is no off switch, no trigger to pull, no measure or law that could stop this because this isn’t war. On the bright side, there isn’t an opportunity for us to make rash decisions about our futures, making it harder for us to screw up. We get to put thought and care into our plan for the future. We get to weigh our choices and make mistakes before implementing our changes and turn our dreams into reality.

So what do you want your future to be like when this pandemic is over? You have the chance to not only reinvent yourself, but the world. People are hungry for change. There are a lot of questions about the future, and we can answer them by choosing what we want our future to be.