“The Intern” is an amazing feel-good movie 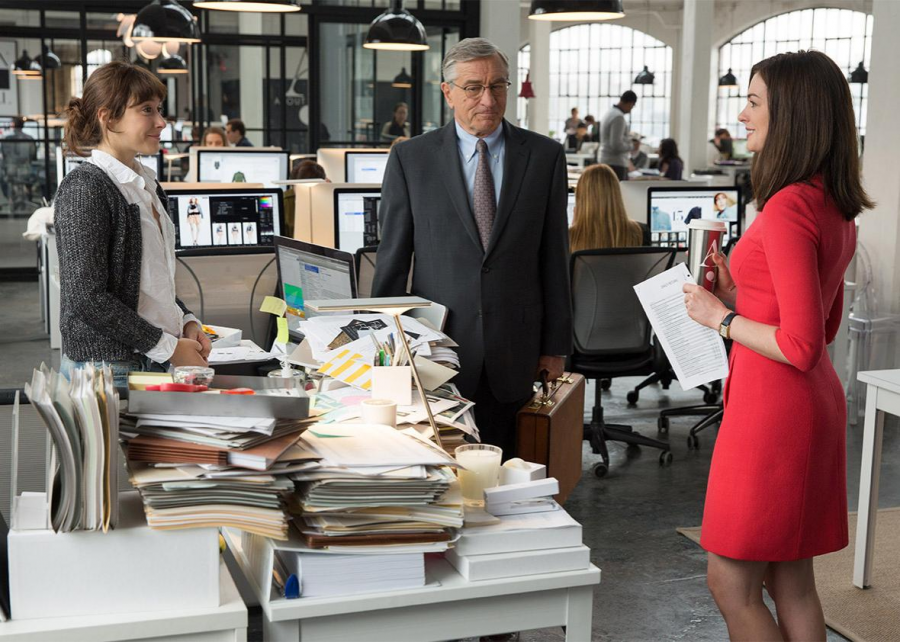 When I first heard about The Intern, I wasn’t interested. It looked dull, preachy, and boring, so I didn’t bother watching it when it came out in 2015. But recently, I sat down, saw it, and was pleasantly surprised.

The Intern is a movie starring Anne Hathaway, who plays Jules Ortin, the CEO of a booming clothing website, and Robert De Niro, who plays 70-year-old Ben Whittaker, a new intern working for Ortin under her senior citizen internship program.

Going into the film, I expected a comedy with most of it playing off the hilarity of an old man working under a fast-paced CEO in her twenties in a business riddled with modern technology. I was correct that there would be jokes like this, but they were spread out throughout the movie and limited to a few scenes, which I found refreshing.

Surprisingly, De Niro’s character was not the stereotypical grumpy old man set in his ways. Ben is a sweet, caring, and dedicated man with a personality reminiscent of a teddy bear. De Niro portrays his character excellently and any time Ben is on screen, he emanates positivity and makes the movie enjoyable to watch.

Even more enjoyable were the interactions between Ben and Jules. Despite a rocky start to their friendship, the actors and the characters have great chemistry. Both actors do exceptional jobs, especially in emotional scenes, pulling out the tiny details in their performances that make it seem all the more real.

The actors pull the movie together. The story is simple, discussing issues normal people struggle with every day. The subplot I most enjoyed was the exploration of the perception of the elderly and their capabilities, and in other circumstances, I would have been bored. But the actors’ portrayals had me invested and entertained when I otherwise wouldn’t have been.

The Intern is a wonderful, heartwarming movie. If you enjoy relaxed movies that focus on characters and their relationships, this one is for you.