The hidden dilemma of Social Studies 9/10 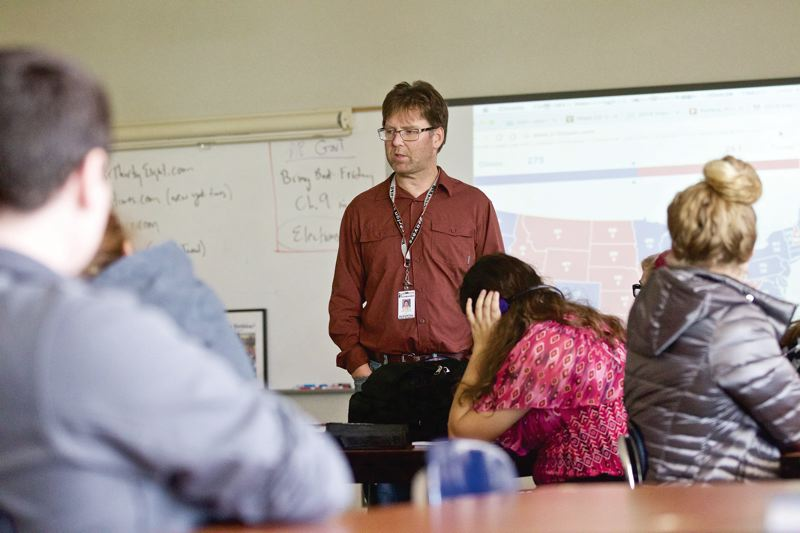 Three years ago, Lit and Comp 9/10 was introduced to BHS. It’s an honors freshman class merging Lit and Comp 9 and 10 into a single course, allowing its students to go straight to junior-level English upon completion of Lit and Comp. But such a class only exists for English. The social studies department has no equivalent.

Since Social Studies 9/10 is not an option, Social Studies Honors is offered instead. Students in Honors meet during Beaver Lodge and work on a couple of projects each semester. This year’s Honors program is run by teachers Peter Edwards and Tyler Running.

But some Honors students find the program lacking. “I think a Social Studies 9/10 would be better than Honors because it’s a more consistent basis of a higher standard,” said freshman Dani Kime. “Then kids would have the choice if they wanted to push themselves very specifically in that area or pursue other topics.”

Kime pointed out that completing two or three disconnected projects each semester feels like students aren’t going in-depth with the material. While Honors projects follow the content of Social Studies 9, the nature of Beaver Lodge Teacher Access Time makes it difficult, if not impossible, for Honors to meet every other day as a normal class does. Replacing Honors with Social Studies 9/10 may be the way to go. And to those who find the regular class boring, Social Studies 9/10 could encourage a higher standard of work instead and immersion in the material.

“You’d get a more motivated and engaged classroom environment,” said social studies teacher Dominic Sandri. “For students, it means a more diverse learning environment that can be enriching and exciting.”

But there’s a reason Lit and Comp 9/10 exists while the social studies equivalent doesn’t: the former is much easier to put together than the latter.

“With English, they have the same learning targets—there’s seven of them all four years of high school. So it’s really easy, relatively speaking, to bypass one class or another because they work on the same set of learning targets, just at a more worked-up level each time as students advance,” said Edwards, chair of the social studies department. “Social studies has about 30 or 35 learning targets in economics, government, history, and geography.”

While Lit and Comp 9/10 has elements of both years of English it represents, some units are glossed over. This isn’t possible with social studies and its numerous targets. In fact, the reason the Social Studies 10 bypass leads to AP United States History (APUSH) is that APUSH covers much of the topics Social Studies 10 does. That way, students don’t miss out.

And like Lit and Comp 9/10, Social Studies 9/10 would separate advanced students from the rest. This can make regular classes less enjoyable for students who already don’t like them. Teachers would also be impacted.

“You’re gutting the mainstream classes of strong students and what you’re left with is a lot of kids whose commitment to school is already pretty lacking,” said Sandri. “I benefit from having kids in my ninth-grade class who bring a lot to the table. And if I did not teach a 9/10 curriculum, I would not have that because those kids would eventually track themselves into the 9/10 class.”

The biggest issue with Social Studies 9/10 is that, as with Lit and Comp 9/10 and STEM science classes, PSAT scores would likely dictate where incoming freshmen would go. Standardized test scores aren’t the best indicator of class placement—some students who did not meet the required PSAT scores for advanced classes have taken them anyway and excelled. With these inadequate prerequisites, some students could be neglected. By contrast, Honors is open to everyone.

Nevertheless, Social Studies 9/10 remains under consideration. “The district is revisiting the social studies standards this spring and next fall, so it’s possible. We’ll look at it again,” said Edwards.

For now, BHS will keep running Honors. Students wishing to bypass Social Studies 10 only have to take it for one year, and even then, it isn’t necessary for the bypass. It gives students a nice “H” on their report cards, and it isn’t an overwhelming amount of work. While it doesn’t do a great job of giving students an in-depth look at the material, it improves time- and stress-management skills, and shows teachers which students are prepared enough to take APUSH their sophomore year.