Rise up and vote, BHS 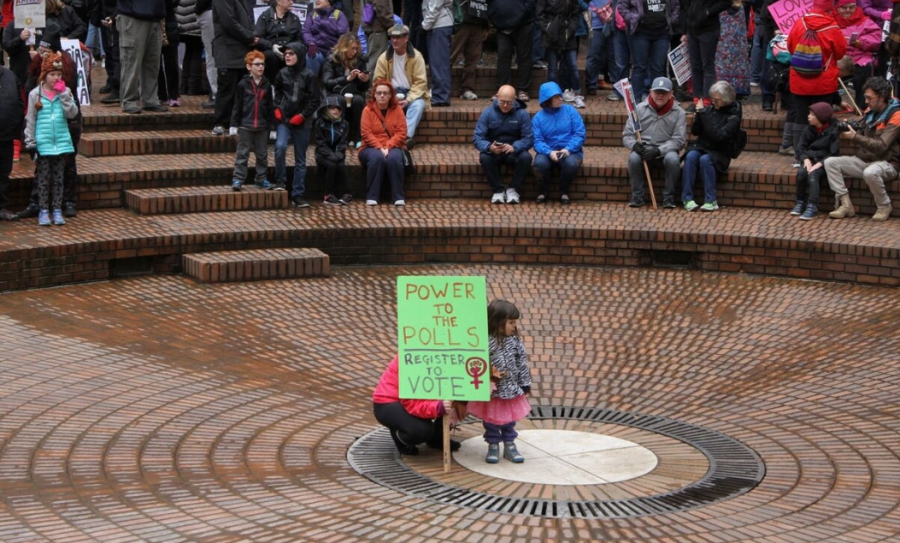 A woman encourages others to vote at Pioneer Square in Portland, OR.

The 2020 presidential election is just around the corner, on November 3rd. With it, the discussion regarding voter turnout resurfaces. According to the US Census Bureau, in the 2018 presidential election, voter turnout for 18–29-year-olds was 35.6% compared to other age groups such as those older than 65, which has a turnout rate of 66%. Considering that the former age group makes up over 10% of the US population, an increase in turnout could sway an election.

Why does this apply to you, as a student younger than 18? It turns out that at 16, you can pre-register to vote. The Oregon DMV makes the process easy. If you get your driver’s license at sixteen or seventeen, the DMV adds you to the list of pre-registered voters. When you turn eighteen, you’ll automatically be registered. In 2016, the Oregon Motor Voter Act was passed, allowing those renewing or obtaining their driver’s license to register to vote.

A Reed College study on the results of the act noted that “…it led to more voting by ethnic minorities, younger people and those who are low-income and more rural.” This increase in turnout is promising for Oregon: the next generation of voters has been impacted by the decisions of previous generations, and the sooner they can voice their opinions, the more society can continue forward.

As high schoolers, you can make a difference by encouraging people of age to vote and talking to older generations about their opinions on political situations. A great way to promote voting is through Instagram using the “register to vote” sticker on Instagram stories. Viewers can click on the sticker, select their state of residence, and enter their information to check or update their voter registration, or to track their ballot.

The importance of young voter turnout cannot be stressed enough. Journalist Grace Van Voorst from Redefy summarizes this idea well. “Simply put, it is our responsibility to vote because our freedom to pursue happiness depends on having a functional, representative democracy. The system only works if we participate in it.”

Van Voorst also points out that as the population of Baby Boomers steadily decreases, millennials and Gen X can become the most influential generation of voters we have seen so far.

You should pre-register to vote if you are able, and vote if you can. If you can’t, promote voting and increase your political awareness to be a more involved citizen. Society will thank you for it.