Gun safety classes for first graders are a good idea 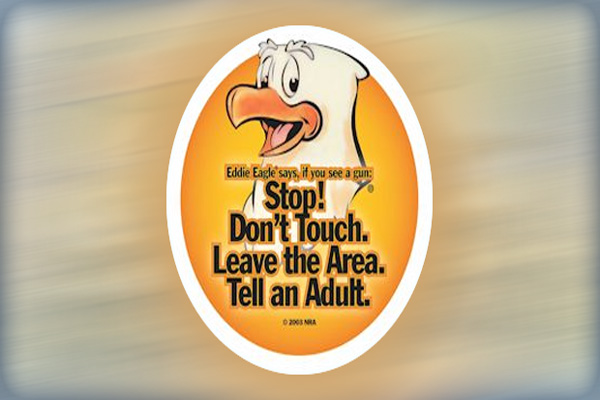 Senate Bill 801, pushed to a public hearing in Salem recently, proposes a program that would instruct firearm safety to first-grade children statewide. Now, don’t dwell on the surface value of the law, because it may actually be for the best.

If passed, the bill would set up a class would be held annually as a brief thirty-minute safety training on what actions to take in the event a child encounters a stray gun. The class would be instructed by law enforcement personnel, who have first-hand experience with handling a firearm in their field.

Not only would the class stress the importance of staying away from a gun, but also help children distinguish the difference of what they see on their television and video games and what is real life, or a toy gun to a real weapon, expressing the true dangers of a firearm.

Many parents may find it regrettable the safety and control of firearms in the country has become so unreliable that we must teach our kids what to do if they find one. The conversation on how to better that situation has been ongoing for nearly a century, and not showing signs of coming to a conclusion any time soon. So, while in this turmoil, why not stress safety to the most vulnerable?

If the problem is still going to be around, it should be a top priority to keep the children out of the crossfire, so to speak. Even if no one in the kid’s household households owns a weapon, there is still the possibility a child may come into contact with a firearm one way or another.

The chance of them finding one in the house of a friend whose family may own one, or -scarily enough- somewhere on the street is still too real to ignore.

The Statesman Journal reports that 78 children are killed in the United States annually from accidental discharging of a firearm, including around 6000 children injured from these types of incidents. This isn’t including the situations of children picking up a gun and unintentionally shooting another family member, either.

Young lives being ended so abruptly because of their lack of understanding of such a dangerous object is a sickening thought, but also a preventable outcome. As parents or siblings or neighbors, we shouldn’t leave a mistake like that up to chance. The bill presented could be a factor in helping to limit these tragedies, giving children more awareness of the all too real dangers of a firearm.

Some may see this a loss of innocence for the children that they have to face this reality so soon. However, it may be better that they realize the severity of consequences like these now than after a mistake like that is made. We already preach uncomfortable topics like “stranger danger” and staying away from drugs, adding gun safety onto the list is sadly a good fit.

If a parent were to still strongly feel that their child doesn’t need the information, the bill states that attendance wouldn’t be required, and parents would be notified of the date of the class before it’s held.

There isn’t a reason not to implement this class into the regular curriculum. While it may be a sobering fact that children have more access to firearms as you may think, instructing them not to play with one like a Lego toy seems like a no-brainer.

Eddie The Eagle reminds the children to stay away from guns. (Photo Courtesy of Personal Defense World)