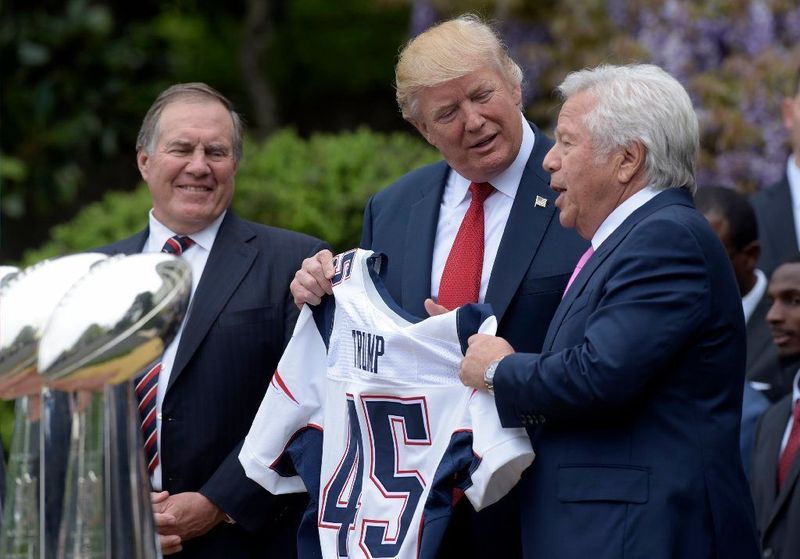 At the Orchids of Asia Day Spa, a massage parlor and salon in Jupiter, Florida, Mr. Kraft, a billionaire friend of Trump and NFL New England Patriot owner, was found guilty of first degree misdemeanors of soliciting prostitution. Mr. Kraft is facing a year in jail, a $5,000 fine and 100 hours of community service however, first offenders are given a chance to only pay the fine and fulfill the required community hours, which Kraft qualifies for. The prosecutors are trying to treat this like any other human trafficking related case, but because of Kraft’s station in life he has captured a international audience.

Coincidentally one of the richest men in America and friend to known womanizer, President Trump, would be arrested for this when BHS has its first real discussion on the fastest growing enterprise in the world, human trafficking.

Living in Beaverton, students are sheltered from the harsh realities of the world and during the Beaver Lodge lesson, students questioned the relevance of human trafficking. And yet sadly, the modern day slavery has been going on for forever and is becoming more pertinent in American society. Of the estimated 21 million slaves worldwide, 55% transnational victims are women and girls and 26% are minors.

In addition to the human trafficking dilemma, America faces the consistent cases of sexual harassment, assault and abuse, and although it may seem irrelevant to our suburban society it has most likely affected every female student and possibly those who identify as male or agender students at BHS. This disrespect for each other’s bodies is disgraceful and definitely doesn’t belong in the 21st century.

Prosecutors have acknowledged that many like Robert Kraft do not know what they are doing is illegal. They also say that they will treat Kraft like any other offender despite his wealth and public attention. But how is it, that a man, thought of as being smart, soft-hearted and successful with a staff that schedules all his plans, wouldn’t know that the business in the Orchids of Asia Day Spa was illegal?