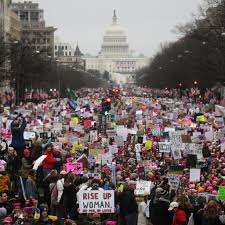 Taking place today, January 19th, and tomorrow, January 20th, is Women’s March Global, which will occur in Washington D.C. and chapters(cities) all around the world. This year will be the third annual march. All of us in the Portland area, however, will miss out on this, unless we travel to another city, as the Portland Womxn’s March will be held sometime in March, closer to International Women’s Day.

The march is expecting far fewer in attendance than in the past years, mainly due to weather conditions and controversy regarding the expression and anti-semitic views from founders.

Women’s March Global has been successful at not only advocating for various women’s rights and environmental justice, but uniting women and women’s rights supporters from all around the world. It’s incredibly easy for women to either join existing chapters, mentor or be mentored, or create their own chapter. And through this global network that they’ve established, they have increased their impact and influence dramatically.

Health focuses heavily on reproductive freedom and providing healthcare, birth control, education, and HIV/AIDS care and prevention. Included in this is safe, legal, and affordable abortion, as abortion is health care, and women have the right to choose what they do with their body.

Economic security as a part of the framework strives to dismantle any obstructions to women’s complete economic involvement; women are powerful driving forces of economies everywhere. They state that “jobs must provide a living wage, gender parity, pay transparency, and humane, equitable working conditions.” Women more than deserve these aspects being provided in the workplace.

Representation calls for fair representation of women on a local, national, and international level. This includes in the government, in the workplace, and on boards. When it comes to any sort of issue, partisan or non-partisan, all voices need to be heard so as to come to a fair and effective resolve. The elderly, indigenous, minority, and disabled groups need to be heard, especially since “voices of these populations, the most directly affected by climate change, often go unheard.”

Lastly, safety. Under safety, they say that “women deserve to live full and healthy lives free of all forms of violence against our bodies.” They believe in accountability for all cases of violence, especially police brutality and attacks centered around racial profiling. Whether it be violence against women or humans, or violence in the form of sex trafficking, it all needs to come to an end.

While recent allegations of anti-semitic views have deterred the support of the movement, we shouldn’t let that detract from the values of it, especially since these are just that, allegations.

We all have women in our life who have helped define us as people, whether it be a mother, a sister, a friend, a teacher, or someone of some other title. This includes those who may not be medically defined as women, but who define themselves as women. Even those who may not identify as either male or female(non-binary). Whoever you may be, regardless of your race, religion, ethnicity, gender, sex, sexuality, we are all in this together. And we could all stand to learn something from the movement.