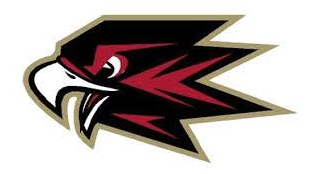 Skyhawks don't even exist, so why are they a high school mascot?

Those of us who compete in sports know there are plenty of high schools throughout our state. Some of them have weird, stupid, or just plain bad mascots. These are the 6A mascots we love to hate the most.

Jesuit Crusaders: History lesson, folks! The Crusades in The Holy Land lasted from 1095 through 1291 with other Crusades happening in Europe afterward. During that time, the Crusaders engaged in genocides against Jews, pagans, and other Christians, not to thousands of Muslims. As fearsome as your mascot is, Jesuit, maybe pick one that didn’t kill people in the name of God.

Franklin Quakers: Nice, Franklin. While Jesuit goes too hardcore with its religious mascot, you go too wimpy. You picked a pacifist religion better known as the face we all see whenever we open cans of oats. Benjamin Franklin deserved better. Maybe you should have picked for your mascot what he thought should’ve been the national bird, the turkey.

Fightin’ Caucasians of David Douglas Scots, McKay Royal Scots, South Salem Saxons, Sheldon Irish, and McNary Celtics: Hoo boy, this is a lot to keep track of. Naming yourselves after Northern European ethnic groups will only take you so far. David Douglas, your mascot has a kilt on, provoking more laughter than fear. We get it, McKay, you’re not some vagabond Scot like David Douglas, but let’s not feel too highly about ourselves here. No one knows what a Saxon is South Salem, nor Celtics, McNary. As for you, Sheldon, your Irish can go back to their pot of gold and mug of Guinness. Man, this is cultural appropriation at its worst.

Glencoe Crimson Tide: I don’t understand what Glencoe was thinking when they named themselves this. If you’re going to name yourself after the University of Alabama, you might as well have a good football team, instead of one that is so bad they aren’t in any league at all. And you call your mascot Tideguy. That’s an utter disgrace, and the only thing that could make it better is if you had a competition to see who dresses up as Tideguy by having a Tide Pod eating contest.

Jefferson Democrats: Look, Jefferson, not many people understand the historical context of your mascot, even if it makes sense. What it isn’t either is cool. An angry donkey that is also the symbol of one of America’s major political parties is more comical than tough. The only reason this isn’t lower in the rankings is that there are plenty of worse things you could nickname a school named after Thomas Jefferson, which could cause you to make real asses of yourselves.

Madison Senators: This is a nonsensical choice. James Madison was never a senator. Maybe it sounds better than calling yourselves the “US Reps,” which Madison was, but it isn’t intimidating. What are you gonna do, Madison, filibuster me? Give a campaign speech in the middle of a game? Of course not. You jackals have no spine and will cave at the first sign of pressure from your wealthy benefactors.

South Eugene Axe: In the first case of an Oregon school being politically correct to the point where they undermine their mascot, meet the school formerly known as the Axemen: The South Eugene Axe. To be gender-neutral, they changed their name from the original and cool Axemen to a brand of deodorant that everyone hates. Axe is the butt of every joke about middle school locker rooms, and that’s what you went with, South Eugene? I get that referring to a specific gender isn’t a good idea anymore, but change your mascot instead of embarrassing yourself. Maybe go with Old Spice.

Benson Techmen/Lady Techsters: In part two of a politically correct name change gone wrong, Benson decided to be equitable and give the women of its school their own mascot separate from the traditional Techmen, the Lady Techsters. Unfortunately, they have inadvertently exposed the phone habits of girls at their school. The ladies’ mascot seems to be two opposable thumbs moving rapidly on an iPhone screen, but maybe it’s an acknowledgment of a schoolwide problem.

Mountainside Mavericks: Oh, Lord, where to begin? We get it, Mountainside, you wanted an “M” mascot because it sounds cool. But when you chose Maverick as your mascot, paired with a horse, it doesn’t make much sense. Instead of going with Mustangs, like a sane person would, you went with the clothing brand of everybody’s most hated person, Logan Paul. Your nonsensical, privileged, and stupid mascot choice reveals a school whose only identity is being the school that everyone can hate because of a great facility you neither deserve nor appreciate.

Southridge Skyhawks: Despite Mountainside’s challenge, this one takes the top gun. The redundancy of the name makes the others seem brilliant by comparison. A “Skyhawk” is not an actual bird, Southridge. Your made-up mascot is a hawk who happens to be in the sky. There is nothing different about you and the most generic elementary school other than you thought it would be cool to add “Sky” to your hawk. Your incapability for original thought shines through in every which way, from your rip-off of the Beaverton fight song to the monstrosity of your name. Way to take flight. Now, please go away.