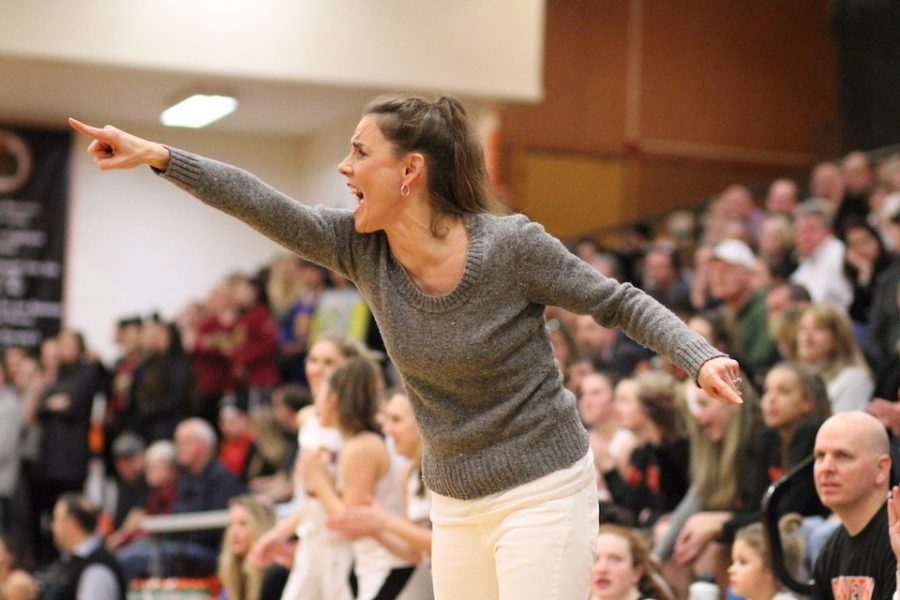 The girls’ basketball team scored big this year with their new coach Kathy Adelman Naro. With over twenty years of coaching experience, Naro is qualified and has put her skills to good use with our girls’ varsity team. With all of the competitive teams in Beaverton’s Metro League, it was time for us to have a coach with the work ethic to bring the girls to victory.

Naro grew up playing basketball and during her time at Tigard High School she was the starting point guard and helped her team win the 1988 Class 3A championship. After that, Naro played at the University of Portland and had a great four-year career that made her very eager to keep playing. So, she took her skill from the court to the coach’s seat.

With inspiration from her father, Rick Adelman, who coached the Trail Blazers from 1988 to 1994, she began her career as head coach at Jesuit High School. There, Naro ran one of the best basketball programs in the state. She led her team to the state finals in both 2003 and 2007.

After a few years at Jesuit, she took a leave of absence. Now, nine years later she is back and better than ever at Beaverton. It was a very simple choice for her to take the job because Naro has a past with the school already.  “I have always loved the camaraderie and community here. When we used to come here when I was at Tigard and we would play Beaverton or I was coaching at Jesuit and we played Beaverton there was always such a feeling of family and a sense of ‘we got each others’ back’ here.  So, that was what drew me here, the community.”

After our past seasons have been less than average, this turn around for the girls’ team can only be because of Coach Naro and her new coaching style. We are excited to see how the season ends and know that Coach Naro can and will lead the team to greatness.