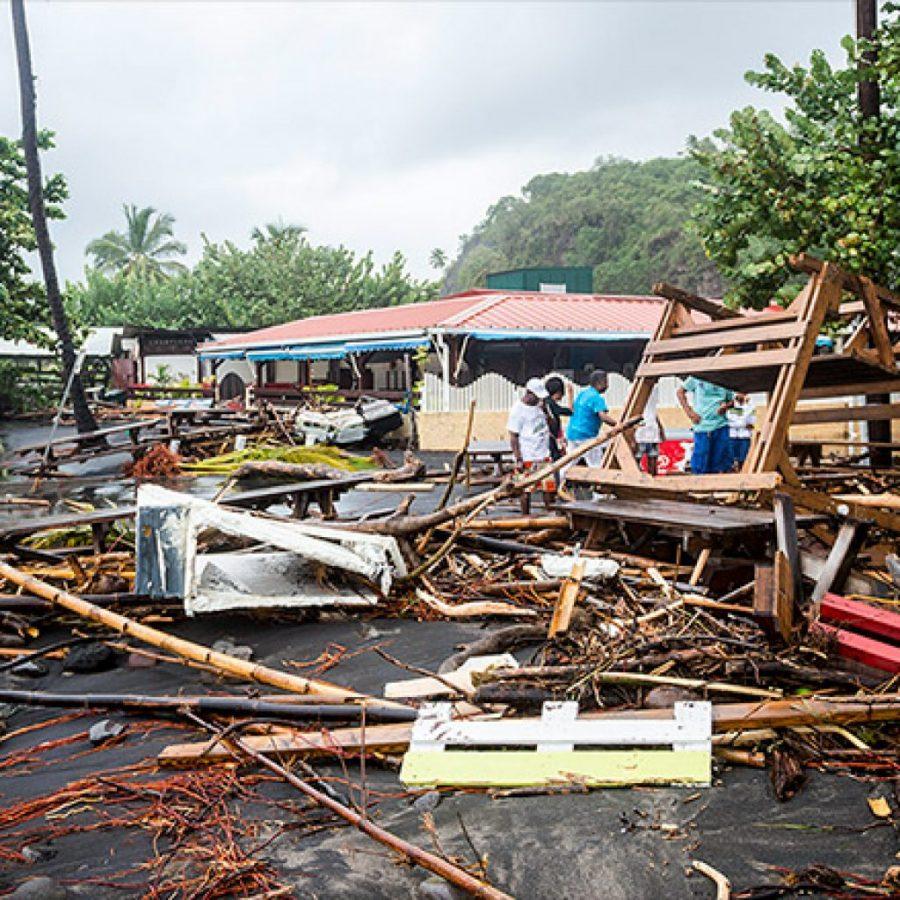 Some of the damage caused by Hurricane Maria in Puerto Rico.

The island of Puerto Rico was close to making it through the series of storms and hurricanes almost unscathed after Irma did minimal damage. Then, hurricane Maria hit. It did major damage to their already weak infrastructure. Much of the island was left without electricity and without clean water.

After the major disaster, Puerto Rico was scrambling to try and find a solution to their problems. Immediate action needed to be taken. Ricardo Ramos, the CEO of Puerto Rico Electric Power Authority (PREPA), was actively looking for contractors to hire for reparations. That’s when Whitefish, a power company based in Montana, swooped in.

The company, consisting of only a few employees, had actually reached out after Irma hit. It wasn’t until after hurricane Maria that they were really in the running for landing a contract. The CEO of the Whitefish company, Andy Techmanski, conferenced with PREPA officials to plan how they were going to bring electricity back to the island.

After meeting with PREPA and discussing the plan of attack, Whitefish placed their payment request; they wanted $300 million for the job, which would be paid in installments. And they agreed. Whitefish was in competition with other companies, but Techmanski and his crew agreed to also provide for the hundreds of workers coming to aid in restoration.

The big shock factor of the deal was the amount of money they were being paid. Other companies were requesting smaller amounts, around $25 million, up front. And these companies were much bigger than the few employees at Whitefish. It seemed unusual for such a small company to be paid so much, even in installments, but the difference was all the extra work that they would do. They would also cover the housing of employees and the food expenses.

The power company got right to work on bringing in workers to Puerto Rico. They were in the process of bringing in several hundred workers, and official rebuilding was going to begin soon. Everything was coming together in a timely fashion, and the company had the potential to make a lot of money. Later, the controversy behind the deal began to surface.

The issue behind the contract was that there was no known federal involvement in the deal. The company had gone out on its own for it. Puerto Rico governor Ricardo Roselló had said that the process would carry on if the deal was obtained properly. As of now, the deal is canceled.

However, the contract shouldn’t have been canceled. The company’s willingness to just jump on a plane and fly over there right away shows how they take initiative. Within a short period of time, they had gotten a lot done. They’d brought in hundreds of workers and restored power for hospitals, businesses, and homes across the island, and planned to restore power to around 500,000 more people in the upcoming weeks.

Roselló is working with New York and Florida governors to gather workers to continue to rebuild Puerto Rico. Companies are also working to provide clean water to residents of the island. The effort put out in Puerto Rico has greatly reduced the issues for the future that would’ve made Puerto Rico’s bounce back significantly more difficult.