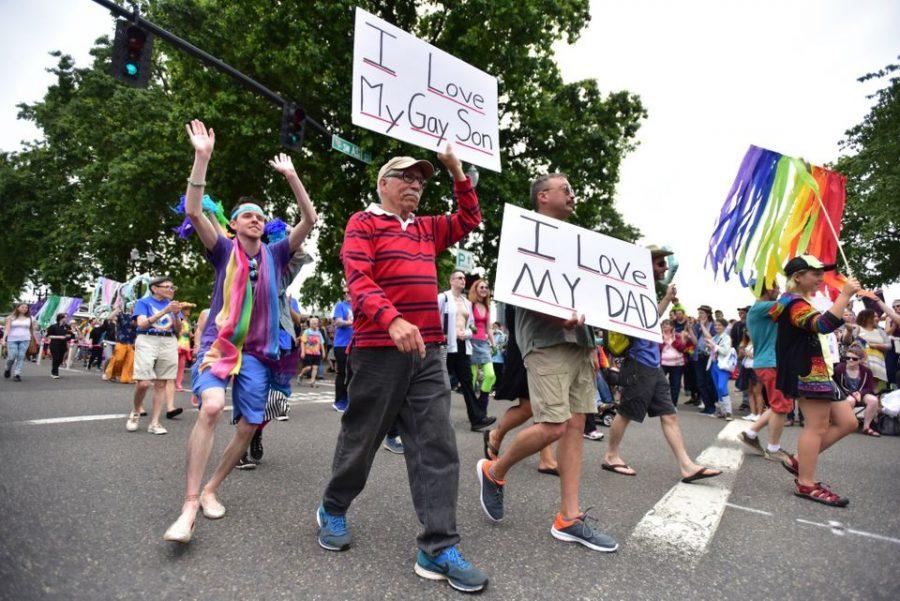 In time for Father's Day, a father and son march along in Sunday's parade.

Every year, Pride Northwest comes to Portland in celebration of the community’s LGBTQ+ people, with thousands joining in. Featuring booths and vendors from 150 various organizations and businesses filling up Tom McCall Waterfront Park, the city became a rainbow for the weekend.

With a mission statement of celebrating and encouraging the community’s diversity, Portland Pride does just that, made up of showcasing differences and acceptance with those surrounding us. Whether you’re a gay woman, a bisexual man, a transgender teen, a straight ally, or anyone else on the spectrum, there’s a place for everyone at Pride.

Beginning on June 17, the Pride festival began with multiple marches, such as the Trans Pride March and Dyke March, participants were able to walk those or visit and buy goodies at vendors and support local organizations. With resources for gay youth, educators, rainbow covered Nike sponsors, there was plenty of booths to choose from. One of the organizations present was PFLAG, formerly known as Parents, Family, and Friends of Lesbians and Gays, a makeup of allies in support of the LGBTQ+ community.

On Sunday, June 18, the parade gave the close to the Pride weekend, with over 8000 people marching and present on floats, as well as thousands more watching. These floats and participants included drag queens, Portland police, marching bands, and more.

If you missed this year’s festival and parade, or even if you don’t fall on the LGBTQ+ spectrum, bring a friend, sport your rainbow outfit, and head on over to Pride next June.