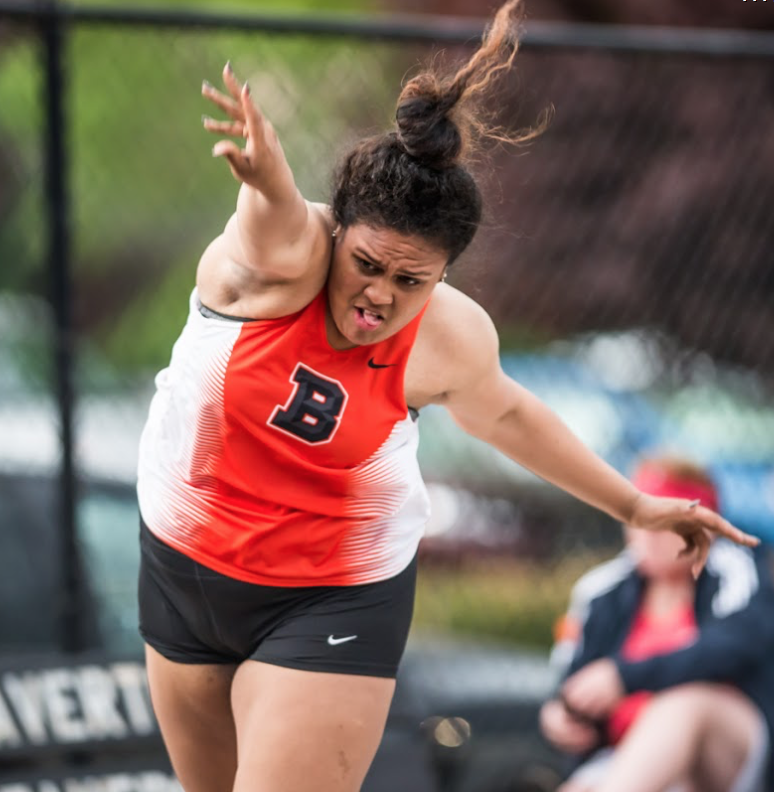 In one of last home meets of the season, the track and field team gave their all in the meet against Century High School. The weather held out for about 20 minutes once the meet started but still, the team fought and took the win. The girls scored 99.5 points and the boys did equally as well scoring 93 points. This win was not a huge surprise, however, the amount by which the team won was amazing.

The throwing events were just as exciting to watch with the girls placing first and second in every event. In shot put, junior Jahlett Tofi-Talalemotu got first with a score of 35 feet 10.5 inches. In javelin, junior Sydney Namdar threw an impressive distance of 111 feet 6 inches making her place first.

The men’s throwing events did equally as impressive. Senior Jackson Platt was one of the standout throwers at this meet placing first in shot put and second in discus, with distances or 41 feet 6.5 inches and in shot put and 111 feet 9 inches in discus missing first place by one foot. Senior Nori Cherry also did well in discus placing third. It was no surprise to anyone when senior Josh Poppleton placed first in javelin with a distance of 149 feet 2 inches, but, one of the newer throwers, junior Matthew Eppler, did surprise everyone with a throw of 146 feet 10 inches which was a PR and made him place second.

In the jumping events, as always, it was amazing to watch the lengths and heights these athletes achieve. For the girls, in the pole vault, senior Kylee Rench got second place and a PR of 8 feet 6 inches. In the long jump, sophomore Katarina Bosworth received a PR with a distance of 16 feet 8.75 inches, placing first.

On the men’s side of the jumps, once again  senior Beau Sheeran took first with a height of 6 feet 6 inches. Newcomer, junior Logan Bedell, took second with a height of 5 feet 8 inches. In the pole vault, junior Nicholas McBride placed first and in the long jump and triple jump senior Chris Blanchard placed first as well.

With the track and field season quickly coming to an end, there are only a couple of meets left before JV and varsity district. As anyone who watches the meets can see, the team has improved so much since the start of the season and it is safe to say Century didn’t know what they were walking into when they came to Beaverton High School.

Jahlett Tofi-Talalemotu throwing an impressive distance during the shot put in the meet against Century. Photo Courtesy of Jean MacTarnahan.