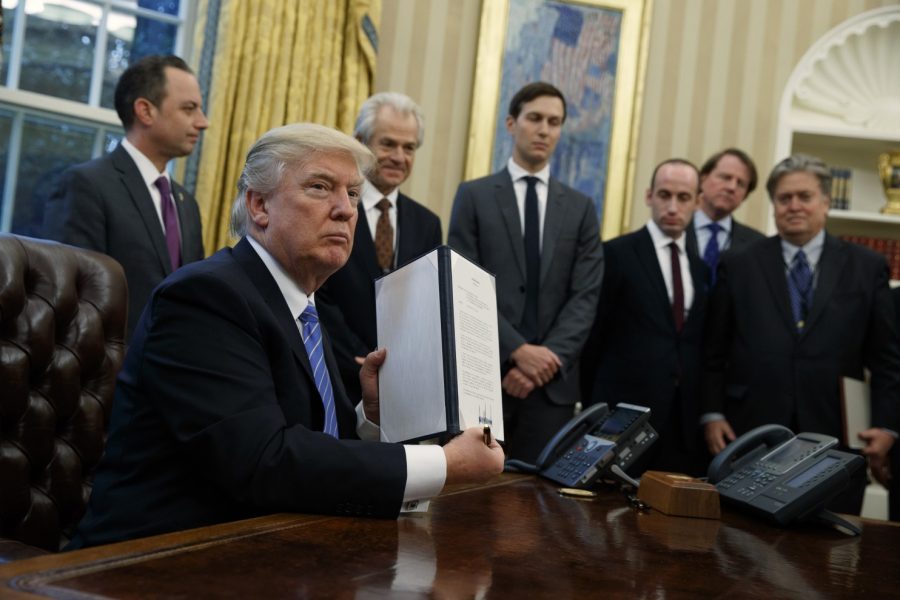 President Trump recently signed an executive order which reinstates the where non-governmental organizations that offer abortion services in foreign countries will no longer receive U.S. funding to perform abortions. In places where abortion is illegal, there’s a higher death rate of women due to the higher number of women getting illegal, unsafe abortions. However, in places where it’s legal and accessible, the mortality rate of women is much lower.

These healthcare providers that will no longer get funding aren’t even allowed to discuss abortion as part of family planning. Providing any advice or information on the procedure at all is part of the ban. The amount of funds being cut from these organizations is around 520 million dollars around the globe.

The demand of abortions is going to rise, and even if these women don’t die from illegal procedures, they still face many health complications. Illegal abortions are unsafe due to the lack of funding that provides the unsafe atmosphere and unsanitary environment. Health complications can include HIV/AIDS, cervical cancer, as well as numerous health issues to the child if the abortion is proved unsuccessful.

With the ban in place, the predicted numbers estimate over 6 million unplanned pregnancies, 2 million unsafe abortions and over 20 thousand maternal deaths. The results of this will be catastrophic to women. However, Trump still claims to be ‘pro-life’, even though his decision is going to result in women dying around the globe. But all lives matter, right?